Kyla Orr Marine Ecological Consulting (KORRMEC) is an independent consultancy that specializes in sustainable management of the marine environment. Since establishing as a sole trader in 2013, Kyla has worked on high profile projects with organisations such as Seafish, Marine Scotland, SRSL marine consultancy in Scotland, the International Union for Conservation of Nature (IUCN) and the Scottish Creel Fishermans Federation (SCFF). Kyla is developing a growing relationship with the inshore fishing sector, and is ideally situated on the west coast of Scotland (Plockton) to manage and facilitate fisheries projects in this region.

In June 2013 Kyla successfully completed her PhD at the Scottish Association for Marine Science (SAMS), with a thesis titled "Predicting the ecosystems effects of harvesting beach-cast kelp for biofuel", which formed part of the EU BioMara project. As such, Kyla is considered an expert on the subject of marine algal carbon stocks (blue carbon). Prior to her PhD Kyla carried out research at  Anchor Environmental (Cape Town), which is an independent consultancy that conducts work in the fields of marine, estuarine and freshwater ecology, resource economics, natural resource management and conservation planning. 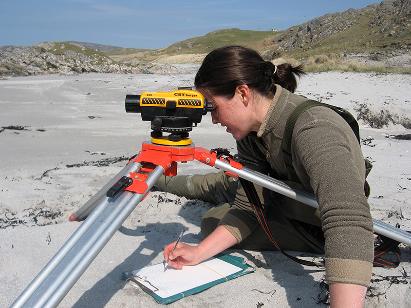